While the development of the four countries that have made it up for more than twenty years has positioned them on trajectories that sometimes appear very different, the Visegrád group (Czech Republic, Slovakia, Hungary, Poland) still exists, with its solidarities, but also its differences, especially within the European Union. 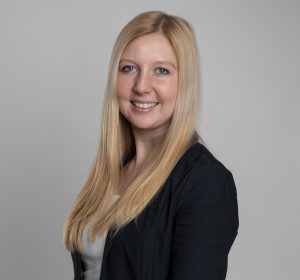 Editor-in-chief of Euractiv.cz since August 2018, Aneta Zachová has more specifically followed, from 2016, European affairs, migration and asylum policy, agricultural and cohesion policy as well as debates on future of the European Union (EU). Graduated in International Relations at the Faculty of Social Studies of Masaryk University in Brno and currently a doctoral candidate at the same university, she has participated in several research projects focusing on the Visegrád countries and European affairs. A. Zachová has agreed to answer Regard sur l’Est questions.

What is the Visegrad Group (V4)?

The Visegrad Group is an alliance of four Central European states – Czechia, Slovakia, Poland and Hungary. It is not an organisation nor does it have an institutional structure. It is a group of states with similar historical and cultural background that joined their forces after the collapse of the Soviet Union in 1991. They decided to cooperate under one common aim of “coming back to Europe” after few decades in the Soviet bloc.

As a group of four countries, they have had better negotiating position during accession talks with the NATO and the EU. In 2004 they fully achieved their goal – all the four countries became members of the EU. Regarding NATO, Czechia, Poland and Hungary joined the Alliance in 1999, Slovakia in 2004. This is considered as a milestone of the Visegrad cooperation.

How consistent it is today? What keeps the countries of V4 together and why?

Given their common cultural and historical background, they naturally became very close partners within the EU. However, while achieving its main goal in 2004, there was a need to find a new “self-purpose” to justify its existence.

The V4 group has currently no institutionalized structure. However, the group sets its priorities for every half a year under a rotating presidency. The priorities are mostly linked with the priorities of the EU and the V4 tries to find a common ground on issues that are actually discussed by the whole European bloc. Prime ministers hold regular separate meeting before every European Council, presidents of the countries are meeting from time to time, mostly informally, and there are several contacts during a year between ministers and diplomats.

Does V4 still have any use?

The Visegrad group operatively issues common statements. For example, when former President of the European Commission Jean-Claude Juncker launched a debate on the Future of the EU with several scenarios, the V4 countries replied with common paper where they emphasized their common visions for Europe. Among the top priorities the V4 pointed out was that strong Europe can be achieved only with strong member states.

Particularly, the V4 advocates strong cohesion and agricultural policy or EU’s enlargement policy. The V4 has been loudly promoting accession of Western Balkan countries and strengthening the EU’s ties with Eastern Partnership countries (Belarus, Ukraine, Moldova, Armenia, Georgia and Azerbaijan). It is among its top priorities nowadays, therefore the V4 welcomes that the current European Commissioner for the enlargement is Hungarian and European Commissioner for agriculture is Polish.

While enlargement policy can be considered as a “positive agenda”, there are also negative agendas connected to the V4 region. The V4 group became negatively famous during the migration crises in 2015. The four countries decided to boycott so called relocation quotas and they are still strongly opposing the distribution of asylum seekers among the EU’s member states. During the times of migration crises, it seemed that the V4 emerged again, however, it was not any kind of constructive cooperation, only common “nihilist” approach to proposed asylum and migration policy reforms.

Among “hot topics” of the V4 cooperation there was also an issue of a dual food quality in the EU. However, the topic vanished from the public area after the 2019 elections to the European Parliament.

According to a study published in 2019 by Association for International Affairs, the V4 alliance is well perceived by the public opinion in all the four countries. However, the highest support it has in Hungary, the lowest in the Czech Republic.

Is there a common position of the V4 countries vis-à-vis the proposal of the French President Emmanuel Macron for a multispeed Europe among the "coalition of the willing"?

The concept of multispeed Europe is highly unwanted by the Visegrad countries. V4 is not a fan of deeper integration but meanwhile it does not want to become a “periphery” of the EU. There is also a strong notion in the Central European countries that the “core” position is dedicated only to the “older” member states of the EU or to the members of the Eurozone (among the V4 countries, only Slovakia is part of it).

The V4 is promoting a “do less and more effectively” scenario of future integration with a strong and barrier-free single market in its core. Other projects of deeper integrations are not backed by the whole group. They are opened to the ideas of better cooperation when it comes to migration, defence or social policies, however, they definitely do not want to give more powers to the European institutions in these areas. For the V4, financial beneficiary European projects are more welcomed than any value based initiatives.

What deeper integration projects would Czech Republic be most interested in?

When it comes to migration, the Czech Republic wants to have a proper European asylum and migration policy with high protection of external borders, but at the same time it refuses any kind of burden sharing when it comes to refugee relocations.

Therefore, we can say that the Czech Republic is “cherry-picking” when it comes to deeper EU integration. It wants to gain a lot but give a minimum.

There is also one exception – the European Public Prosecutors Office, the idea supported by the Czech Republic from its beginning. In this matter, the Czech Republic differs from Poland and Hungary – these two countries are not willing to join this cooperation.

Are there any other internal discrepancies in the V4 group?

Of course that the consent of the four Central European countries cannot be taken for granted. Last past months it seems that Slovakia is distancing from the “toxic” Poland and Hungary that has significant problems with the rule of law and face criticism from international organisation and European institutions. Moreover, Slovakia is the only V4 country that has accepted the common European currency, therefore has a bit different approach when it comes to Eurozone integration and monetary issues.

Surprisingly, the V4 has a different position when it comes to European recovery fund proposed by the European Commission in May 2020 after the covid-19 crises. The European Commission proposed that allocation of the recovery funds will be partially based on a level of unemployment in past years. The Czech Republic is a country with the lowest unemployment therefore it is strongly criticizing proposed allocation. Hungary is also very critical towards the plan. On the other hand, Slovakia and Poland are quite optimistic regarding the European recovery fund and raised only mild objections. The discrepancy was obvious after the V4 meeting in Lednice on 11 June 2020 – no common statement regarding the recovery plan was issued. Before the coronavirus pandemic, the V4 was in the core of the called “Friends of Cohesion”, a group of net beneficiaries from the European budget, and they jointly advocated an idea of strong cohesion policy with rich budget. With the pandemic and recovery plan everything has changed and individual V4 states expressed diverse ideas of the recovery. They do agree on handful issues such as the necessity of future convergence.

These discrepancies show that the V4 cooperation has its limits. The V4 countries should definitely focus on finding alliances and partners in various agendas not only among the group but also within the whole European bloc. Otherwise it can be very limiting for the individual V4 countries and after all it can damage its negotiating position.

What is the position of the Czech authorities on the recovery plan of EUR 750 billion proposed by the European Commission in May 2020?

hen Angela Merkel and Emmanuel Macron had presented they proposal of common European debt, the Czech Prime Minister Andrej Babiš reacted sharply. From the beginning of the debate on the recovery plan, the Czech Republic was absolutely against the idea. A. Babiš literally said that he “does not like idea of Europe putting itself into debt” and he does not want to provide “irresponsible states” with guarantees.

Later, A. Babiš softened his rhetoric, however he still criticized the way how the money from recovery plan should be allocated. As mentioned before, the Czech Republic strongly oppose the allocation key that works with the unemployment level criteria. According to Czech authorities, the money from the recovery plan should go to the states that were economically harmed by the coronavirus pandemic the most and not to the states that suffered economic problems even before the coronavirus outbreak.

However, we cannot say that the Czech stance is similar to the one of so called Frugal countries (Netherlands, Austria, Sweden and Denmark). The reason is simple – the frugal countries want the money to be distributed in a form of loans, whereas the Czech Republic pushes for direct grants.

What are the expected consequences of Covid-19 on the economy of the Czech Republic?

The Czech economy is highly dependent on export and automotive industry. During the coronavirus pandemic, many manufacturing factories were shut down or worked under limited conditions. Therefore, due to coronavirus restriction, its export suffered huge damages.