Ukraine will not have been taken in a few days, and the Zelensky government, after a few bombings, will not have fled abroad after ordering the Ukrainian armed forces (UAF) to lay down their arms. For Russian military specialists, the surprise is excellent: they all overestimated the ability of Russian forces to reduce Ukrainian resistance in the short, very political time required by the Kremlin. 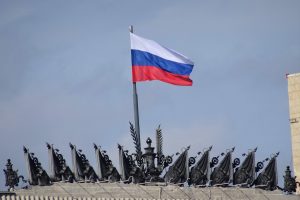 How could these specialists not have been mistaken? As shown by the significant strategic exercises of the last ten years, this Russian army, in particular the last two, Zapad and Vostok, is supposed to have an impressive offensive and defensive power in the tactical to strategic spectrum, unique in Europe, even in the world. Hasn't this army managed the feat of deploying in a few months on its border with Ukraine, from units sometimes more than 9,000 km away from their zone of operation, some 150,000 men and thousands of armored vehicles? All of this, one may retort, is only a matter of peacetime logistics and in no way shows the actual capabilities of this army to fight a determined adversary, any more than did these multiple endogamous exercises against a fictitious enemy fighting within the framework of a pre-established tactical scheme and national doctrines for the use of forces. This is true. But would it not be an opposite excess to see in this Russian army, under the effect of the emotion and the failures it encountered in these first weeks of the conflict, only a “Potemkin village” or a “fantasized military power”?

The phases of a conflict

These failures are due to many factors, the two main ones being the self-poisoning of the Russian general staff (overestimation of its military power) and intelligence that underestimated the resistance of Ukrainian politicians, military, and people. A real war was not supposed to occur: the “Crimean scenario” was chosen, which would see the political power in Kyiv collapse even before the first shell was fired.

The invasion of Ukrainian territory is envisaged probably as early as December 1, 2021, when V. Putin made public his "security guarantees,” or even as early as September 2020, when the new Ukrainian Security Strategy was published. The major strategic exercise Zapad ended on 16 September 2021, and, after a short period of reconditioning, the Russian army is back to a series of maneuvers until the exercise Determination of the Union-2022, which takes place in February 2022 in Belarus and which will serve as a cover for the start of operations on 24 February.

Why the end of February? The Russian military apparatus must be put in place, with some units coming from the Eastern and Central military regions while others have been training for several months. The Kremlin must then wait for the end of the Olympic Games in Beijing and the answers to its demands transmitted on December 17 by the Minister of Foreign Affairs S. Lavrov to Western diplomats. However, these military-diplomatic pressures, which are supposed to avoid war, are at the heart of the annexation/demilitarization scenario of Ukraine. Western responses, such as the one in Kyiv, were not only harmful, but from mid-January onwards, some European governments accelerated their deliveries of ammunition, anti-tank and anti-aircraft weapons to the FAU. The military offensive was then decided. A coup d'état initiated by pro-Russian Ukrainian parties was perhaps planned to support the latter. In any case, it would explain a Russian system divided into ten or so axes of penetration from north to south to quickly take over the country without fighting and the presence behind the contact units of the National Guard, whose role is to maintain order in the cities. It is also possible that the Belarussian army will support its Russian counterpart. Some of President Lukashenka's statements suggest this. Military-political pressure aims to achieve a political result by keeping military involvement to a minimum. It should be seen as a conflict phase, not as something external to it, and combined with various tools of indirect coercion (informational sphere, cyber, nuclear threats, diplomacy, destabilization of political regimes, etc.), the primary use of the military), the main one of which was the "migration crisis" artificially organized by Moscow and Minsk at the end of 2021; these pressures have been theorized as such (phase of a conflict) by the Russian doctrine on the use of forces for several years, at least since the speech given by the Chief of the General Staff, General Gerasimov, in 2013 (coercion strategy or "new generation war").

The Russian armed forces were designed above all to deter and combat NATO within the framework of a defensive doctrine. This army of 910,000 soldiers and 800,000 civilians, divided into five significant entities (land and air armies, navy, paratroopers, strategic missile troops) and multiple services, retains a relatively fixed structure in its land component, very characteristic of Soviet units, where mechanized, armored and artillery units predominate, but which, paradoxically, lack infantry. An essential factor is that two-thirds of the forces (air defense, missile defense, coastal defense, navy, strategic missile troops, etc.) do not consist of troops that can be projected outside their borders since they are assigned to the protection of geographical areas or fixed infrastructures.

Therefore, one may rightly ask whether this gigantic army can respond effectively to the Kremlin's expansion policy in the post-Soviet space. A priori, the answer is yes. Undoubtedly. Its ground forces (see table below) have more offensive and defensive weapons and equipment than all its potential adversaries combined and well-trained professional forces. Yet the facts are stubborn: it took six years (1999 to 2006) to destroy the Chechen guerrillas; it won in Georgia (2008) only laboriously, with more success in Crimea (2014), but with more difficulty in Donbas (2014-2015).

Moreover, on 24 February, only an army partially modernized by an Armaments Plan (ANP) 2011-2020 is going into battle. Despite significant increases in defense budgets during this decade, the general staff had to make trade-offs: priority was given to the nuclear triad, and although a few new armaments were created, which provide a glimpse of the profile of a modernized army around 2030-2035, these were not mass-produced. Therefore, in this NAP, a policy of sometimes superficial retrofitting of old armaments was put in place. Coupled with the preservation, for clientelist reasons, of whole sections of the DTIB, this policy led to the appearance of an army equipped with hundreds of different weapon models, in contradiction with the rationality demanded by the logistics chains.

On the ground, Russian losses, both human and material, are significant(1). In particular, elite units (airborne troops, Guards units, navy troops) are experiencing high attrition rates. We will not dwell here on the difficulties and dysfunctions observed. Suppose some result from Ukrainian propaganda (weakness of transmissions in particular). In that case, others are real and known for a long time; some are caricatural and will find an explanation only at the end of the conflict.

The Russian Ground Task Force (GTF) is officially made up of 168 ATFs. Of this number, 125 have been deployed in Ukraine and its borders. Around 20 have already been destroyed or severely atrophied. On paper, therefore, Russia still has 130 to 150 IATFs, perhaps fewer, representing between 110,000 and 150,000 men (of which only a third are combatants on foot), between 2,700 and 3,300 battle tanks, some 6,000 infantry fighting vehicles (IFVs), as many armored front vehicles (AFVs) and thousands of pieces of artillery of all calibers. This is a considerable force, made up entirely of professional soldiers, which can benefit from its re-equipment from the thousands of armored vehicles and artillery pieces stored in the equipment bases.

An apparent failure for Russia?

Provided it concentrates its forces on one or two axes, which it seems to be doing at the time of writing, the Russian army could breakthrough into the Donbas and push back or even destroy part of the Ukrainian TFG. If the fighting continues, if the UFK holds its positions, the Russian army will find it difficult to relieve its melee units and move beyond the Donbas and the areas it already occupies in the Zaporijiya and Kherson regions. While these small territorial gains would be presented as a victory, they would still be far less than those initially targeted on 24 February. The disarmament of the FAU will not have been achieved, and nothing will prevent them from carrying out counter-attacks or guerrilla operations in the heart of the Russian system in the long term.

Therefore, the war is likely to last (unless there is a mass mobilization - which would imply an actual declaration of war - or the use of tactical nuclear weapons, both of which are unlikely in the immediate future)(2). No one can say how many men and equipment Russia is prepared to sacrifice to defeat on its borders a country that represents a mortal danger to its vital interests and the nature of its political system. How many months or even years will it spend on this? This question is the only one that is worth asking, even if, of course, it conceals multiple pitfalls, not only military, which can at any moment tip the conflict in a direction contrary to the interests of the Kremlin.

In the current state of the conflict, Moscow has lost everything and gained nothing: its army is humiliated, its armaments denigrated, its economy is going to experience a sharp recession, its European clients have closed their markets to it, and the eastern part of Ukraine that it intends to occupy is in ruins, emptied of its active population. Reality versus ideology and propaganda: Russia has never had the means to achieve its geopolitical ambitions. The facts are decidedly stubborn!

(1) In addition to these material losses on the ground, there will be indirect technological and operational losses resulting from NATO's analysis of Russian equipment seized in Ukraine, particularly electronic warfare and transmission systems. For NATO, the Ukrainian battlefield has become an "open-air market" where most of the equipment in use by the Russian army is "available off the shelf"! While the opposite is also true - the Russian military has seized Western weapons - these are, for the most part, and with some exceptions, not of the latest generation (for example, the French Mistral).

(2) However, the emerging referendums on joining the Russian Federation are worrying. Moscow may be tempted to use nuclear deterrence to defend regions considered part of its national territory.

Vignette: Moscow, the roof of the General Staff (photo by the author).

* Cyril Gloaguen is a former naval and military attaché in Russia and Turkmenistan, a former UN collaborator in Abkhazia/Georgia, Ph.D. in geopolitics (IFG, Paris VIII). The full version of this article can be obtained by writing to isalesendre75@laposte.net. The manuscript closed on April 5, 2022 (updated on May 15).