Several hundred Bulgarian doctors have come to work in France since 2007, meeting the local market’s needs. However, this significant presence and its benefits are unknown to French civil society. 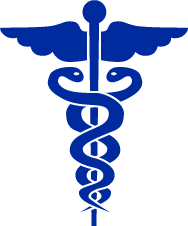 Since the 1970s, France has experienced a chronic shortage of doctors. This phenomenon results from the aging of the medical workforce combined with the numerus clausus that will remain in force until the start of the academic year 2021. Since 2007, to keep their services running smoothly, some health establishments have decided to recruit foreign doctors, mainly from Eastern European countries.

Agencies specialized in the placement of health personnel were then commissioned by hospitals. Among their recruits were many Bulgarian doctors, who were quickly appreciated and recognized within the hospitals for the quality of their work. On the other hand, the media dealt with medical migration by focusing their attention on a few isolated cases of Romanian general practitioners trying their luck in rural communities. Thus, Bulgarian doctors, who contribute significantly to the functioning of the French health system, remain “invisible” to the society that welcomes them.

A relatively low migratory flow before 2007

The first migrations of Bulgarian doctors and medical students were observed in France after the Second World War. The repression of the socialist regime (stigmatization, exclusion, confinement in camps, expulsion from universities...) hit all the intellectual elites. Some of these brains preferred to flee abroad. Thus, between 1945 and 1953, OFPRA counted 600 Bulgarian refugees(1). Under the post-Stalinist socialist regime, a few doctors (partisans benefiting from greater freedom of movement or dissidents) also managed to come and settle in France. Two doctors named them there: Boyan Hristoforov, the famous gastroenterologist at the Cochin Hospital in Paris, and Darina Krastinova-Lotov, an internationally recognized plastic surgeon. On the eve of the fall of the socialist regime, however, this presence remained negligible: in 1987, the National Order of Physicians listed barely 8 Bulgarian doctors in its professional register. With the fall of the regime and the return of East-West mobility, some of their colleagues, mainly French speakers (in Bulgaria, French was taught in many elite establishments), joined them to take advantage of new opportunities. They were often disappointed by this migratory experience because, although they could be employed in public hospitals, their Bulgarian diplomas were not officially recognized, and their real qualifications were not considered. The result was an unsatisfactory precariousness (contractual status, no guarantee of renewal of employment contracts, low wages). These working conditions explain why few of these doctors chose to work in France before 2007, preferring other destinations, such as Germany.

Bulgaria's accession to the European Union has considerably modified migratory opportunities and behavior. Not only did it promote the free movement of people, but it also allowed the French authorities to recognize the diplomas of doctors obtained in Bulgaria as of January 1, 2007, and to relax the conditions for practicing medicine for Bulgarian doctors with credentials obtained as of 2007 (who were no longer subject to the supervision of hospital practitioners). France suddenly appeared more attractive.

At the same time, many French health establishments, in particular hospitals, were looking to make up for the shortage of doctors in specific medical specialties (in special anesthesia and intensive care). Therefore, they called upon private recruitment firms who started to look for doctors on the Bulgarian job market by placing advertisements (in newspapers, magazines, or on the Internet). Some even went to Bulgaria to contact the recruits directly and make an initial selection. But, most often, French firms have set up collaborations or partnerships with local agencies, delegating to them the targeting and pre-selection of the talents they are looking for. Interviews by videoconference were then organized between recruiters, future employers, and applicants, with an internship organized in France to ensure the candidate's skills and comfort level. If the experience was conclusive and both parties signed the contract, the recruitment firm took care of the final administrative steps. To perpetuate this resource, some of these agencies have decided to contribute to the training of a pool of doctors who are candidates for eviction by helping motivated (non-French speaking) applicants to learn or progress in French. In this way, these agencies have quickly provided a linguistically autonomous workforce.

These recruitments are at the origin of the significant increase in the number of Bulgarian doctors in France over the last fifteen years (up to 90% of hirings, according to some recruiters). In 2006, only 17 Bulgarian doctors were authorized to practice medicine in France. Fifteen years later, there are several hundred.

A concentrated presence in the hospital and medical practice sectors

Bulgarian doctors who settle in France are most often young doctors with degrees obtained in France or Bulgaria after 2007 and therefore recognized by the French authorities. Given the needs of the local labor market, they are no longer obliged to go through a recruitment agency to find a job. This evolution explains why many of them have been set up in private medical practices.

The growth of this Bulgarian medical presence can be easily observed by consulting the directory of the National Council of Physicians: most Bulgarians have very characteristic surnames, patronymics, and traditional first names. Estimating the population of Bulgarian doctors using anthroponymy is therefore not only possible but also relevant; if naturalization masks part of the Bulgarian presence, a search based on the names borne by the practitioners allows us to list naturalized expatriates as well. Using this method, we identified 225 doctors with these signs of Bulgarianity in December 2010(2). The same search criteria allowed us to count 354 in January 2021(3). These figures illustrate the significant increase in this workforce in France during the post-accession period. The quality of the crew has also changed between 2010 and 2021: women doctors, who used to make up 53.3% of this contingent, now make up 62.1%. At the same time, the share of hospital practitioners has decreased from 53% to 48%. Anesthetists are still the primary medical specialty practiced by these workers (19.5%), and a workforce has proven to help the resuscitation departments receiving patients from Covid-19 considerably. Finally, many Bulgarian doctors now prefer to set up private medical practices: 14.7% of general practitioners, 8.5% of ophthalmologists...

The impact in Bulgaria of the mass departure of doctors

The migration of Bulgarian doctors to other European countries (France and Germany) or North America is mainly responsible for the shortage of medical specialists in Bulgaria, even if, as in France, retirements also play a significant role in this dynamic. The phenomenon of departures affects the whole country but is more substantial and dramatic in the provinces. For example, this is the case in Vidin (north-east Bulgaria), where Dr. Dancho Kirachki, head doctor at a clinic, explained at the beginning of 2020 that the town had only 120 specialist doctors compared with 300 twenty years earlier(4).

Among the specialties hardest hit by the shortage, anesthesiology is regularly cited. According to Professor Nikolai Petrov, President of the Bulgarian Association of Anesthesiology and Intensive Care, there were only 1,200 anesthetists left in Bulgaria in October 2020, whereas 2,500 would be needed to cover the entire population's needs(5). Again, but in reverse, this shortage has been particularly acute with the Covid-19 pandemic.

* Stéphan Altasserre has a Ph.D. in Slavic Studies and is a specialist in the Balkans.