While close and complex ties have linked Ukraine and Poland for centuries, recent geopolitical developments and Russia's growing role in the region have led to a deepening of the relationship between the two countries, strengthening their solidarity while not ignoring their differences. 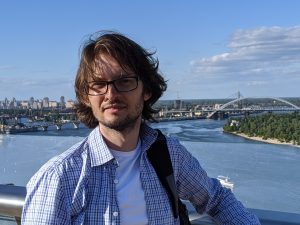 Ostap Kushnir is a researcher and lecturer in Political Science at Lazarski University (Poland) and Coventry University (UK), and a specialist in systems of governance in Central and Eastern European countries. He has just published, with Oleksander Pankieiev, Meandering in Transition: Thirty Years of Reforms and Identity in Post-Communist Europe. A native of Ukraine himself, in this interview he gives us his analysis of the evolution of contemporary Polish-Ukrainian relations.

What are the most recent and decisive developments in Polish-Ukrainian relations?

In my opinion, the course of contemporary Polish policy towards Ukraine can be best defined as “running away from the Giedroyc doctrine but failing to do so.” The latter doctrine was created by the post-WW2 ex-pat intellectuals led by Jerzy Giedroyc, editor-in-chief of the mainstream Kultura magazine. In a nutshell, the doctrine argues that the Polish government should come to terms with its neighbours and forfeit revisionism towards Ukraine, Lithuania, and Belarus. Instead, Poland should provide friendly support for these states and strengthen their links with the West, which is crucial to curtailing Russian imperialism. Giedroyc himself claimed that independent Poland would not survive without independent Ukraine (“Bez niepodległej Ukrainy nie ma niepodległej Polski”).

In this light, on the one hand, contemporary Poland attempts to establish mutually beneficial cooperation with Ukraine (which it also tries to “supervise” for the common good) and self-identifies itself as the biggest advocate of Ukraine in the West. On the other hand, Ukraine undergoes its unique post-communist transition with numerous U-turns in domestic and foreign policies, which may defy the objectives of its western neighbour and create unexpected “burdens” to it. On top of this, an active and successful eastern policy bring modest benefits to Polish political actors. By prioritising cooperation with Ukraine (instead of, for instance, Germany or the US), governments and parties risk losing electoral sympathies very fast. Finally, in its foreign policy, Poland plays in the EU’s team today. Not all of the Brussels-originated policies regarding Ukraine are perceived optimistically in Warsaw. If this happens, Poland takes a neutral stance towards Ukraine to avoid looking like a “bad neighbour”.

To summarise, the contemporary Polish-Ukrainian relations are predefined by three major factors:

1) the alignment of Brussels’ policy initiatives to Warsaw’s national/political objectives;

2) the consistency of Ukraine’s approximation towards the West (i.e. the efficiency of democratisation, market- and legislative reforms);

3) the intensity of Russian anti-Polish activities (or anti-Ukrainian activities which pose a threat to Poland).

The political card which plays well for Polish elites today – by strengthening their electoral support – is history. The importance of the latter was highlighted by the Ukrainian publicist Bohdan Osadczuk way back in the 1990s. Many Poles require justice for the crimes committed by the Ukrainian resistance in the 1940s, as well as feel nostalgic for the lost territories which belonged to the Polish sovereignty in the inter-war period. In their turn, the Ukrainians are not that much concerned about these issues, especially residents of the eastern and southern parts of the state. Instead, they are inclined to “forget everything” and forgive the Poles their imperial and oppressive policies which date back to the Middle Ages. Ukrainians prioritise building good-neighbourly relations from the scratch.

In the light of the above mentioned, one should consider recent discussion between Presidents Volodymyr Zelenskyi and Andrzej Duda about the commemoration of the Polish and Ukrainian victims from the mid-20th century, as well as the ongoing tensions between Ukrainian and Polish Institutes of National Memories.

Other issues which influence the contemporary Polish-Ukrainian agenda are energy relations, restoration of Ukrainian territorial integrity, cross-border infrastructural development, Ukrainian integration into European and Trans-Atlantic structures, and mitigation of the COVID-19 pandemic consequences (Poland is known for selling large amounts of vaccines to Ukraine and vaccinating citizens of Ukraine on its territory, including working migrants on the border crossing points). It is also worth highlighting that, as of 2020, Poland became the third-largest trading partner of Ukraine (following China and Germany).

A separate mention should be given to Poland’s role in the inaugural summit of the Crimea Platform (i.e. Ukraine-initiated mechanism to incorporate annexed peninsula back into its sovereignty through coordinating efforts of its allies) and the solemn parade commemorating the 30th anniversary of Ukraine’s independence. At both events, which took place on 23-24 August 2021, Poland was represented by President Duda. During the summit, the Polish side supported the necessity of further pressure on Russia and closer monitoring of its activities on the peninsula. During the independence parade, Polish troops marched alongside Ukrainian on Khreshchatyk, the main street of Kyiv, and Polish F-16 fighters flew over the city. The representation of Poland on the parade was one of the strongest (if not the strongest) among European states.

However, to be honest, the situation in Belarus stands much higher on the contemporary Polish foreign policy agenda than the relations with Ukraine. Not to mention the domestic political problems in Poland, above all the crisis of governing coalition, which pushes relations with Ukraine further into the shadows of political attention.

What are the objectives of the Polish regional policy today and what is the role of Ukraine in them?

Contemporary Poland plays a cautious and sophisticated geopolitical game: it utilises the EU and NATO frameworks to evolve into a regional leader (especially since the conservative Law and Justice party came to power in 2015). The Three Seas Initiative (TSI) is a prominent example. The Initiative allows to better distribute the EU’s cohesion funds on constructing systems of transportation, communication, and energy supply on the North to South axis, from the Baltic Sea to the Mediterranean. Poland is at the centre of this chain.

The state’s military and defence confidence rely on cooperation with the US and NATO. Yet, the problems with the US arise on the background of Poland’s uncompromising policies in the area of the freedom of judiciary and media, which harms American business interests. Diplomatic tensions also grow with the new Joe Biden’s presidential administration (i.e. Polish reluctance to accept Mark Brzeziński as the US ambassador).

Ukraine has long been portrayed by Poland as a promising partner but was rarely invited in the regional frameworks (co-)invented by Warsaw. In the 1990s, Ukraine tried to enter but was not welcome to the Visegrád Group. The NATO-Bis security initiative, proposed by President Lech Wałęsa, was unrealistic and failed to tie Ukraine to the West. The dreams of the regional Intermarium alliance (built around the Polish-Ukrainian core) have never been seriously regarded in policy-making. Finally, the TSI per se is focused on the distribution of the EU funds, to which Ukraine has no direct access. 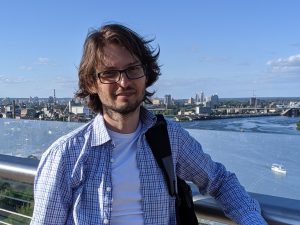 How does the Polish security support to Ukraine look in light of Russian aggression?

Russian aggression in Crimea and Donbas has boosted the Polish-Ukrainian security cooperation. However, the majority of activities are taking place within the NATO structures, not specialised bilateral (or trilateral) frameworks, such as LITPOLUKRBRIG or the Lublin Triangle. Activities under the NATO umbrella embrace, above all, the arms sales, technological development, military training, and institutional contacts (f.e. information exchange between state security agencies).

Since the breakout of the Crisis in Ukraine, Poland has always stood close and remained alert, yet behaved cautiously. In February 2014, Radosław Sikorsky, the then Foreign Minister of Poland, served as a mediator in negotiations between the parliamentary opposition and President Viktor Yanukovych. Later on, when the war erupted in the Donbas, Ukrainian volunteers massively rushed to Poland to buy armour and vehicles for their fighting battalions. Today, the Warsaw government consistently speaks against the completion of the Russian Nord Stream 2 project, which jeopardises Ukrainian energy security, and advocates the necessity for Ukraine’s NATO Membership Action Plan. In turn, President Duda regularly emphasises the urgency to restore Ukrainian sovereignty over the occupied territories, particularly Crimea (one can refer here to his position during the Crimea Platform summit).

Separate notice should be given to LITPOLUKRBRIG. It is a military brigade, formed in 2009, and counting 4.500 troops from Lithuania, Poland and Ukraine. Though being certified as a combat-ready unit according to NATO standards, the brigade is praised, above all, for its political and strategic importance. It is the Poland-based “military school” where the new elite of the Ukrainian army is being trained and integrated into the Western security structures.

How has Poland become one of the most preferable destination countries for Ukrainian migrants? What is the contribution of Ukrainians to contemporary Polish society?

Poland has always been a target state for many Ukrainians. In the 1990s, individual entrepreneurs and resellers were regularly crossing the western border. In the post-2004 era, manual labourers and low-skilled employees got tempted by the higher wages in Poland; they also strove to fill the vacancies after the thousands of Poles had moved to the UK.

The 2014 Association Agreement with the EU makes the travel of Ukrainians to Poland even easier today. However, the nature of migration gradually changes. While the share of the working-class people remains high, they are accompanied by students and young entrepreneurs. The “brain drain” is on the rise. Poland appears to many as their “perfect Ukraine” with better business conditions, transparent legislation, attractive education, and a culturally close environment.

The increasing migration of Ukrainians to Poland leads to the emergence of ex-pat communities there. Some naturalised Ukrainians run for positions in the national and local governments and administrations.

According to the Polish authorities (ZUS), there were above 1,3 million Ukrainians registered in Poland in 2020; above half a million of them paid taxes the same year. This said, Ukrainians often fall victim to structural violence in Poland: they need to deal with a heavy bureaucratic burden (f.e. legalisation of stay) and cannot benefit from many Polish social programmes.

With its shift to the conservative right, can Poland be still called the most consistent advocate of Ukraine in the West?

Regardless of the intentions, Poland cannot fully escape the “doom” of the Giedroyc doctrine. Indeed, the post-2015 policies towards Ukraine changed, yet they could not change dramatically. The three mentioned above factors predefining the Polish-Ukrainian relations retain their validity under every government.

The post-2015 Poland, under the Law and Justice, became too “right-wing” to be a chivalrous and highly efficient advocate of Ukraine in the West. Not to mention that Poland itself seeks advocates against the criticism of its reforms from Brussels. In this light, some Ukrainian analysts (f.e. Andrii Parubii or Iurii Kochevenko) believe that Lithuania has recently replaced Poland as major Ukraine’s advocate (not least because the Lithuanians and Ukrainians share no histories of bloodshed). However, even if holding the grain of truth, the latter does not mean that Poland forfeited its role. Neither it means that its efforts – the biggest state in the post-2004 EU’s enlargement – should be anyhow downplayed.

* Assen Slim is a university professor at INALCO (Blog).