In Covid-19, several countries are aspiring to become global leaders in the artificial intelligence (AI) sector. Kazakhstan is enticed by the growing prospects and opportunities of using AI and big data technology to address global challenges. 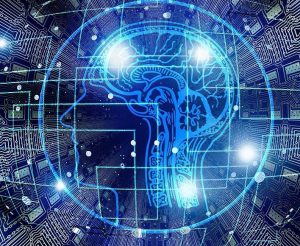 In December 2020, President of the Republic of Kazakhstan Kassym-Jomart Tokayev attended a cyber conference called Artificial Intelligence Journey, which focused on AI and, in particular, data analytics. During the session on "Artificial Intelligence: Responsible Attitude Towards the Future," he said that the Covid-19 pandemic was a reminder of an indisputable fact: the entire world is moving into the age of automated production systems, artificial intelligence, and neural networks.

Clarifying his thoughts, K. -J. Tokayev explained at the Digital Almaty 2021 - Digital Reset: the leap to the following regular international forum on February 5, 2021, that the Covid-19 pandemic is likely to play a catalytic role in the development of artificial intelligence in Kazakhstan: the increased spread of the telecommuting culture, accentuated by the imposition of lockdowns in almost every country in the world to cope with the spread of the virus, are all factors that could contribute to the development and influence of the AI market.

Kazakhstan has already identified the development of artificial intelligence and big data analytics technology as one of its priorities. Within five years, Kazakhstan's president is setting a goal of attracting about 500 billion tenges (the equivalent of nearly $1 billion) to create a national artificial intelligence cluster. He has invited his partners in the Central Asian region to cooperate fully to achieve this. But we note that the prime ministers of Russia, Belarus, Kyrgyzstan, Uzbekistan, and Armenia were present at the international forum in February 2021.

To what extent could the development of AI really affect Kazakhstani society and boost its economic growth?

Health and artificial intelligence: a revolution in the making

On April 28, 2020, Kazakhstan's Semey Medical University and XLabs, a U.S. medical biology laboratory, entered into a collaboration agreement regarding using Silicon Valley's artificial intelligence to combat Covid-19 in Kazakhstan. For many years, XLabs has been engaged in developing AI for strictly medical purposes and applications. After two weeks of negotiations, the parties involved have reached an agreement, with the support of the Kazakh Ministry of Health(2).

The objective of the project would be, among other things, to collect big data, gather and analyze digital resources on the spread of Covid-19 around the world, assess the epidemiological situation in Kazakhstan and other countries, and compare government measures adopted to prevent the spread of the epidemic in different countries. The Ministry of Health of Kazakhstan believes that the country could benefit greatly from this agreement by having access to the latest and most effective methods of dealing with the pandemic.

More broadly, Kazakhstan is proposing to legislate on artificial intelligence in medicine. While telemedicine is already allowed in the country, supporters of traditional methods are hindering the introduction of new technologies. As such, Ali Nurgozhayev, a member of the World Health Organization (WHO) Standing Committee for the European Region, proposed securing AI in medicine at a conference on digitalization organized by the local Senate. In Kazakhstan, telemedicine operates on the principle of "what is not forbidden is allowed." In this regard, the country considers itself behind states such as Russia, where a law on telemedicine has been in force for more than three years, and in March 2020, a bill was passed in the third and final reading by the State Duma, allowing remote diagnosis and even prescription of treatments(3).

In 2020, the Kazakh Ministry of Digital Development, Innovations, and Aerospace Industry, with the support of the World Bank, initiated the Smart Cities and Artificial Intelligence (SCAI) program. The objective would be to improve the quality and accessibility of private and public services based on the collection of local data, targeting certain cities in the country.

Achieving this goal depends on digital skills, private investment, and the creation of an enabling environment for AI development and qualitative data analysis. If successful, the project will enable innovative and inclusive growth, improved quality, greater transparency of public services, and increased private sector investment by exploiting artificial intelligence and data.

In 2021, Kazakhstan was expected to introduce blockchain technology in the tax sphere. Legal recognition of all essential documents presented in electronic formats - such as IDs and passports - should be ensured. At the same time, personal data protection should also be improved. Public services should be developed to increase the coverage and accessibility of various services.

President Tokayev also plans to launch an interstate educational initiative for schoolchildren and students in new artificial intelligence technologies within the Eurasian Economic Union (EAEU). In his speech at the annual international forum Digital Almaty 2021 - Digital Reset: the leap to the next normal, the head of state said that Kazakhstan has made total digitization and data exchange a priority of its presidency Union, held from January to December 2021. In front of the Prime Ministers and experts of the EAEU member countries gathered in Nursultan, he said that he intends to actively promote this agenda and hopes to organize productive cooperation with all member countries of the Union in the field of education(4).

The bet of a revived economic growth

Some Kazakhstani analysts believe that by 2030, AI and big data technology could become one of the main factors that could help Kazakhstan achieve annual GDP growth of 5-6%. AI and big data could indeed contribute to increasing labor productivity and become critical factors of economic growth. Adopting these new technologies in the extractive and manufacturing sectors could generate an estimated profit of $5-7 billion per year. This benefit could be between $9 and $13 billion per year in the services sector. The effect is comparatively more minor in the education, health, administration, and defense sectors. Still, AI would nevertheless allow a very significant improvement in the population's standard of living. On an international scale, a 2018 study by the American firm McKinsey predicted that artificial intelligence could boost global GDP growth by 1.2% per year until 2030(5).

In addition to their potential for economic development, artificial intelligence and big data technologies will finally lead to a renewal of job prospects in society. By 2025, more than 50 professions are expected to disappear in Kazakhstan due to automation. However, the country is expected to need specialists with scientific skills to maximize the impact of these new technologies. By 2030, the government is expected to have 5-10,000 data analysts, 20-25,000 data system developers, and 2-5,000 data scientists(6). But to achieve these national ambitions, the government will first have to stop the "brain drain" that has accelerated in recent years. If 34 percent of qualified personnel left the country in 2015, 88 percent of this same labor category would have gone by 2019. The exodus of technicians, economists, and teachers is creating a shortage that could thwart the authorities' plans(7).

* Roxane POITOU is a Master 2 student in International Relations and Japanese at INALCO.