The seasons follow each other between Russia and the West, alternating freezing and thawing, but they are different. Last autumn, relations between NATO and Russia were suddenly suspended amid accusations of Russian espionage. The move came against a backdrop of high tensions, which have persisted since the annexation of Crimea and the war in the Donbas. Russian military intelligence services have been accused of carrying out numerous sabotage operations on European soil. 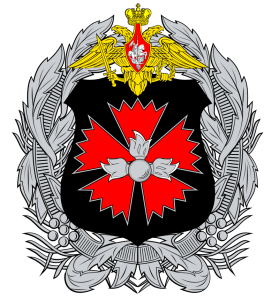 In recent weeks, tensions between Russia and the West seem to have reached a frenzy. For several years, the slow and steady deterioration of relations has been punctuated by various jolts. In particular, it has been punctuated by the shocking actions of the GRU, the famous and mysterious General Intelligence Directorate of the General Staff of the Russian Armed Forces (Glavnoye Razvedyvatelnoye Oupravlénié, GRU).

Spying accusations at the heart of Russia/NATO tensions

On October 6, 2021, the NATO Secretary-General announced the revocation of the accreditations of eight diplomats of the Russian mission to NATO, accused of being “undeclared intelligence officers.” As a result, the mission’s staff has been reduced from 18 to 10. In response, the Russian Foreign Minister announced on October 18 the complete suspension of relations between Russia and NATO: the activities of the Russian Permanent Mission to NATO in Brussels, as well as those of the NATO Military Liaison Mission and the Information Office located in the Belgian Embassy in Moscow, were interrupted, cutting off the last channels of dialogue between the Alliance and Russia. The former Russian Permanent Representative to NATO, now head of Roscosmos, Dmitry Rogozin, saw this as “a real break in relations” and a “sad end.” Only the NATO-Russia Council (NRC) created in 2002 remained in force. Often considered an empty shell, it met on January 12, 2022 (for the first time since 2019), after the request issued on December 17 by Moscow to the Atlantic Alliance regarding its presence on the European continent.

Origins and missions of the GRU

Created, in the form we know it today, by Stalin in 1942, the service was mandated as the principal military intelligence directorate of the USSR. In the intimate diaries of the DST, the former deputy director of the directorate, Raymond Nart, confides that GRU officers were “more discreet and less politicized, but also more brutal” than their KGB counterparts. The GRU is the only security or intelligence agency of the Soviet Union that survived in its form after the collapse of the USSR. Although it lost some of its financial means, it kept the essential: its structure but also, finally, its power. Its rival, the famous KGB, would be much less endowed now since renamed FSB. The service has no website; its organizational structure and budget remain state secrets.

Aleksandr Shliakhturov, who headed the GRU from 2009 to 2011, explained that the service’s mission was to “discover threats to Russia’s national interests and military security” and analyze them. His predecessor, Valentin Korabelnikov, said that the GRU’s tasks included “solving purely practical tasks using its methods.” In principle, GRU employees live under false identities in foreign countries to carry out these tasks. However, they can also be mobilized in the theater of operations in a war situation. For example, GRU special forces participated in the two Chechen wars and the war against Georgia in 2008.

Despite this protection of secrecy and false names, the GRU’s modus operandi is sometimes unmasked. Especially in recent years, when several GRU operations against governmental bodies in Western countries have been revealed to the public, contributing to the aggravation of conflicts between these countries and Russia.

The GRU has often been in the news through the cyberattacks that have been attributed to it. The one carried out against the servers of the US Democratic Party is one of the most famous. As part of the accusations of Russian interference in the 2016 US presidential election, Special Prosecutor Robert Mueller indicted several members of the GRU for hacking into computer systems of the Democratic National Committee (DNC), the party’s national governing body. In particular, the prosecutor referred to Fancy Bear, the GRU-affiliated hacker group also known as APT28. In 2015, the latter attacked the French television channel TV5 Monde. This unprecedented attack led to the cessation of broadcasting for two days, as well as the publication of messages supporting the Islamic State on the channel’s social networks. The hackers also targeted international organizations, such as the Organization for the Prohibition of Chemical Weapons (OPCW) in The Hague and the World Anti-Doping Agency (WADA). The latter was targeted in retaliation for the decision of the International Olympic Committee to ban Russia from participating in the 2018 Olympic Games, based on a WADA report that highlighted a vast system of institutionalized doping in Russia.

Poisoning is also a known modus operandi of the GRU. In 2018, Sergei Skripal, a former colonel in the service and later a British spy, and his daughter Yulia were poisoned with Novichok in Salisbury, England. The former double agent had been sentenced in 2006 by Russia to 13 years in prison for treason. The British police have charged three people linked to the GRU (Denis Sergueïev, Alexander Michkine, and Anatoli Tchepiga). Finally, sabotage and disinformation are weapons widely used by the service.

The Donbas: a territory to defend

The issue of NATO enlargement remains the ultimate source of tension between Russia and the West, with Ukraine acting de facto as a "buffer state. Thus, from 2014 onwards, we have seen an intensification of GRU actions in Crimea and Donbas, designed to help the separatists, mainly through sabotage. Relations between the West and Russia simultaneously deteriorated, leading NATO to renew its military infrastructure while Russia modernized its army.

In February 2014, GRU officers participated in the seizure of the airport and government buildings in Crimea; an operation revealed a year later by Vladimir Putin himself: "I instructed the Ministry of Defense to deploy the special forces of the Main Intelligence Directorate to strengthen the protection of our military facilities in Crimea."

The GRU has also carried out actions against nationals of European countries. In April 2021, Czech Prime Minister Andrej Babiš publicly accused Russia of being behind the explosion of an arms depot in the east of the country. The operation had caused the death of two people in 2014. The Czech police issued a search warrant for two Russian GRU spies, A. Chepiga and A. Mishkin, already accused of eliminating Colonel Skripal. The stock of ammunition targeted was intended to be sold to Ukrainian forces, who were fighting in the Donbas against Russia: Emilian Guebrev, a Bulgarian arms dealer who was preparing to sell this ammunition to Ukraine, was himself the target of the GRU the following year, the victim in 2015 of an assassination attempt by poisoning. Bulgarian investigators discovered that a poison belonging to the Novichok family was used against the arms dealer. A series of explosions also occurred in Bulgaria between 2011 and 2020 in ammunition depots destined for Ukraine and Georgia: again, the Bulgarian authorities have officially accused GRU agents.

A range of retaliation

The form of retaliation favored by the West when an action of Russian services is revealed remains the expulsion of diplomats. In 2018, after the poisoning of Colonel Skripal, NATO had withdrawn the accreditations of seven members of the Russian mission based in Brussels and obtained their expulsion. The United States and most EU and NATO countries also have a history of expelling Russian diplomats. For example, after the revelations about the explosion of the arms depot in the Czech Republic, Prague wanted to expel eighteen Russian diplomats.

Public denunciations are also increasing. The Netherlands, for example, released an unprecedented level of detail to denounce the attempted hacking of the OPCW headquarters in 2018, acknowledging the exceptional nature of their approach.

Finally, countries are equipping themselves with analysis and prevention structures to combat the GRU's actions. Thus, in 2017, a NATO center of excellence in counterintelligence and counter interference was inaugurated, conveniently located in Krakow, not far from the border with Ukraine. Antoni Macierewicz, the Polish Minister of Defense, stressed its fundamental importance “especially in the face of threats from Russia.”

* Yasmine Mouhafid is a student in Master 2 International Relations at INALCO (Paris). She is interested in security issues in the post-Soviet space.