China's presence in Central and Southeastern Europe, which is feared and frequently decried, now seems to be against specific criticisms from the recipient countries. For Xavier Richet, professor emeritus, the 17+1 format could evolve towards pragmatism. 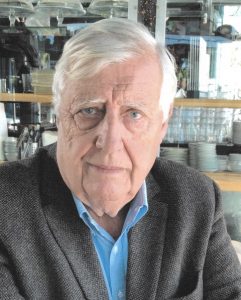 China is everywhere... including in Central and Southeastern Europe. It is deploying its cooperation with several countries in the region, both new member states of the European Union and candidates for accession. Whether trade, direct investment, or road, port, and rail infrastructures, they aim to connect Asian and European markets. Xavier Richet, professor emeritus (Sorbonne nouvelle University, Jean Monnet Chair, ad personam of the European Union), talks to Regard sur l’Est about the challenges of this Chinese presence in the region.

What is the 17+1 Format? Is it similar to the New Silk Roads project?

The 17+1 Format, officially the 17+1 Cooperation Mechanism, was founded in 2012, a year before the ambitious New Silk Roads project by Chinese President Xi Jinping. Today, it is one of its components, covering the Eastern and Southeastern European space.

Around China, the Format now brings together 17 countries: the three Baltic States (Estonia, Latvia, Lithuania) [on May 21, Lithuania announced its official exit from the Format, Editor’s note], the four countries of the Visegrad group (Hungary, Poland, Czech Republic, Slovakia); in the southeast, there are Bulgaria, Croatia, Romania, Slovenia and five countries of the Western Balkans (Albania, Bosnia-Herzegovina, Northern Macedonia, Montenegro, and Serbia - Kosovo is not recognized by China) as well as Greece, the latest arrival in 2019.

Twelve of these countries are members of the EU. Five are in the process of joining or have been invited to become members. Six (the three Baltic countries, Slovakia, Slovenia, Greece) belong to the eurozone, and others (Bulgaria, Croatia, and even Romania) plan to join soon. Almost all of the 17 are now members of NATO, except Bosnia-Herzegovina, Kosovo (two states built from the outside), and, of course, Serbia.

What is at stake when Chinese interests enter Central and Southeastern Europe? What gains does China expect?

They are diverse. First, this presence is part of the “Sinicization of globalization” project. China is mobilizing its capital and skills in several areas around the world. It looks for mining and energy resources (Serbia, Albania), technologies, and markets.

China has long practiced “infrastructure diplomacy” as part of its cooperation, particularly with developing countries. It offers a package to partner countries: borrowing facilities at attractive rates, with no significant conditions, from Chinese banks to finance the work carried out by its state-owned firms (and their employees). This strategy is applied in this part of Europe.

The countries of the East and Southeast are thus at the crossroads of two “routes” from China: one - maritime, which arrives in Piraeus in Greece, at the mouth of the Suez Canal; the other - rail, which enters Poland via Central Asia and then Russia. One of the projects supported by China is the realization of a rail link between these two entrances to Europe by building and modernizing the rail infrastructure linking the port of Piraeus to Budapest(1).

These countries are on the way to China’s main markets, located in Northeast Europe. The socialist past linking these countries to China has sometimes been mentioned. Still, it has been distant, to say the least, with some (heretical Yugoslavia) and even frictional with others (Soviet revisionism in Eastern Europe). Trade remained very modest in the period up to the fall of the Berlin Wall. It is surprising that other nearby countries such as Belarus, Moldova, and Ukraine, where China is also present, are not included in the Format. Still, these countries are located in Russia’s zone of influence.

Format countries are still lagging far behind the rest of the EU to catch up (GDP/head). For them, the Chinese presence rhymes with the opportunity to receive additional financing to that provided by the Union (structural and convergence funds, direct investments by companies that come mainly from the EU and other European countries, funding of pre-accession programs in the Western Balkans). In the South-East, they are attracted by the possibility of developing infrastructures, the absence of which hinders their adjustment and catching-up policies. Finally, some of these countries hope to gain access to the vast Chinese market.

There is also talk of China seeking influence in European affairs. Some “illiberal” EU countries, such as Hungary, see this presence as an opportunity to loosen the grip of Brussels. Hungary and Greece have voted against specific UN resolutions concerning China’s failure to respect human rights. Hungary most recently refused to add its voice to the condemnation of Chinese policy in Hong Kong. Although in the process of joining the EU, Serbia sees this cooperation as an opportunity to postpone the economic (cost of adjustment) and political (recognition of Kosovo’s independence) constraints it faces.

Paradoxically, China’s economic presence in the region is relatively weak, with at best 3% of its investments in Europe as a whole. The level of trade is very modest and highly asymmetrical in volume (to the detriment of the countries in the region). In terms of direct investment in the area, China’s primary investment mode is acquisitions. Chinese investors arrived in the region after the significant privatizations. Despite purchasing some large bankrupt groups in Hungary (chemicals) and Serbia (steel and mining), assets remain modest. Ex-nihilo investments remain very limited, often at the initiative of private companies. Some groups, particularly in the telecommunications sector (Huawei), have a strong presence. Attempts are being made to create value chains in specific sectors, such as the automotive sector (electric batteries), particularly in the Balkans.

Soft power is also an instrument that has been mobilized, with the creation of Confucius institutes, the distribution of scholarships, and cooperation in the information sector. Hungary, which expelled the Central European University, plans to host a branch of Shanghai’s Fudan University by providing the land and financing the construction through loans from Chinese banks… Another Shanghai University, Jiao Tong, plans to cooperate with several Serbian universities. The (paid) diplomacy of masks, then vaccines, was also deployed during the health crisis. Eastern vaccines” were put on the same footing as “Western” vaccines by V. Orban in Hungary, and Serbia will build a factory to manufacture Chinese vaccines with the help of investors from the Gulf States.

There is also the development of military and security cooperation with Serbia. Huawei is involved in setting up a surveillance system in several of the country’s major cities (facial recognition), and Serbia has also purchased drones and missiles from China. Chinese police detachments patrol the streets of Belgrade and other places frequented by tourists from the Middle Kingdom!

There are, therefore, privileged areas and sectors of activity...

There is now a two-fold shift in activity and Chinese presence in the region. First, there is a shift in FDI spending towards providing construction services on the supply side. The share of construction services in total Chinese-backed projects is growing. Then there is a geographical shift, with the countries of southeastern Europe, especially the western Balkans (led by Serbia), taking an increasingly important share. There are two reasons for this: the apparent need for infrastructure in this less-developed part of Europe and less pressure from Brussels to comply with European regulations (transparency of contracts, environment).

The financing of these activities is made possible by the large availability of Chinese banks, especially the so-called “political” banks (associated with significant cooperation projects carried out by the central government), by the creation of a dedicated investment fund for the region of some ten billion dollars and by the installation of Chinese commercial banks (Budapest, Belgrade).

What are the impacts of this Chinese presence on the countries’ economies?

This presence is intended to complement that of the EU. The spin-offs in terms of jobs are limited, if not non-existent (on construction sites, the workforce comes from China). Moreover, delays are increasing in completing several projects, particularly in infrastructure (sometimes linked to corruption, as in Northern Macedonia, or to non-compliance with European regulations, as in Hungary in the railway sector). Above all, the debt trap is gradually revealing itself: it has just hit Montenegro and Bosnia-Herzegovina...

In return, the Chinese market is opening up only sparingly to products from the region’s countries. At the last 17+1 Format Summit held in Beijing (by videoconference) in February 2021(2), China, anticipating specific criticisms, announced an increase in its purchases of products from partner countries.

What are the risks of this strategy for China? For the countries of Central Europe? For the European construction?

Questions are openly raised among the 17 about the usefulness of this “zombie mechanism”(3) with unclear objectives, uncertain and limited achievements, and even delays (the construction of the Belgrade-Budapest line is about ten years behind schedule). These doubts are today accentuated by Montenegro, which has fallen into a debt trap after taking out loans to finance the construction of a highway. In addition, some projects have been abandoned, such as in Bulgaria (construction of road infrastructure, modernization of ports, nuclear power plant) and Romania (abandonment of the project to modernize and expand a nuclear power plant). The Romanian parliament recently adopted a law prohibiting non-EU companies from participating in public tenders. Finally, we note the extreme pressure of the United States on the region’s governments to block the offers of Chinese firms (Huawei) in the installation of equipment around the 5G technology.

Can the Chinese strategy be considered viable in the post-Covid world?

China knows how to adapt and be pragmatic. It has shown this by becoming more “EU-compatible” concerning European tenders (construction of the Pelješac bridge in Croatia, with European funding). It is aware of the expectations of some of the 17 who see nothing coming and who, like Lithuania, are even considering leaving the Format.

The future of its relations with the region is first and foremost linked to its relations with the EU (including adopting the General Agreement on Investment negotiated with the Union). The EU’s position, caught between China, with which it wishes to maintain cooperation, and the United States, which is pushing to curb China’s rise to power by decoupling economic relations, will be fundamental in this respect.

Even if some countries in the region are somewhat disenchanted with the EU’s health crisis management, they are waiting for the post-Covid recovery plans announced by the EU.

For their part, the Chinese authorities are now emphasizing the viability of the projects they finance, the control of their cost, and their “green” content. The default of certain countries in this part of Europe (Montenegro, perhaps followed by Bosnia-Herzegovina) and elsewhere (Latin America, Africa) should lead to a more excellent rationalization of the Chinese offer.

The fact remains that, despite this multiform Chinese presence among the 17, its scale must be put into perspective given the economic weakness it represents.

Will the health crisis, from which we are just beginning to see the end, lead to a re-globalization, which would be organized around regional poles? European authorities have mentioned the possible relocation of activities from Asia to the east and southeast of Europe and the south of the Mediterranean, perhaps reducing the space for the expansion of Chinese activities in this part of Europe.

(2) It was noted at this summit that many participating countries wishing to send a message to China had downgraded their level of representation.

* Assen SLIM is a Professor of economics at INALCO.