Because of its proximity to Russia, Armenia is an exception in the South Caucasus, where Azerbaijan and Georgia have kept their distance from Moscow since their independence. However, in recent years, Armenia has been diversifying its partnerships and looking, in particular, to the West. 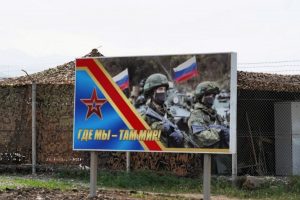 Armenia's complex geopolitical situation in the region had contributed to its isolation. It increased its dependence on Russia when neighboring countries tried to free themselves. However, this Russian omnipresence now seems to be nuanced by the new relations that Yerevan is developing with the Western powers (EU) and the states located on its periphery (notably Iran, Georgia).

Armenia is the ideal incarnation of this “near abroad” vigorously defended by Russian diplomacy. After the fall of the USSR in 1991, Yerevan preserved its loyalty to Moscow by signing a total of 250 bilateral agreements, mainly in the political and military fields(1). In December 1991, it joined the Commonwealth of Independent States (CIS) as soon as it was created; then, in May 1992, it was one of the six countries that joined the Collective Security Treaty (CST) proposed by the Yeltsin presidency and understood by Russia as a counterweight to NATO.

When Vladimir Putin came to power, he noticed that the economic aspect had been neglected: as early as 2000, he set up a “Russification” of the Armenian economy in key sectors: finance (VTB Bank), telecommunications (Beeline), energy (Gazprom), transport... Once highly integrated into the USSR's value chain, Russia quickly secured an outlet in this landlocked state. During the Soviet era, this transit country sold manufactured goods and textiles to other republics in exchange for raw materials. The end of this economic system, coupled with the costly first war in Nagorno-Karabakh (1988-1994), led to Armenia’s downgrading.

This investment policy is a success for Russia, which actively takes advantage of this quasi-monopoly. Economic cooperation reached its peak with the integration of Armenia into the Eurasian Economic Union (EAEU) in 2015. Through this, Moscow became Armenia's largest trading partner. Since then, Russia has remained the leading foreign investor (40% of FDI in 2021). It ensures its presence in particular in strategic sectors, such as energy: Armenia’s dependence in this area is a significant advantage for Moscow, which is supervising until 2026 via the company Rosatom the modernization work of the only Armenian nuclear power plant, located in Metsamor (it is seen as one of the least safe in the world). In addition, Russia remains the sole supplier of gas to Armenia, to which it continues to offer preferential rates: since 2019. The end of the long-term contract linking it to Armenia, it has charged $165 for 1,000 m3 of gas (compared with $185 to its Georgian neighbor), and the recent jolts in the world price of gas have not had any effect on the price, which is now negotiated every quarter.

In October 2021, Russian Deputy Minister of Economic Development Dmitry Volvach noted that trade between the two countries had increased by 17% in 2021 and announced that Russia would invest the equivalent of $1 billion in Armenia over the next few years, including in infrastructure renovation. In the long term, joint projects are envisaged, such as constructing a new nuclear power plant, creating a “North-South” highway to connect with Iran, or constructing a new section of the metro in Yerevan... The Armenian authorities expect Russian companies to provide capital, management, and implementation of future projects.

A recent trend towards diversification of partnerships

The economy is a source of rivalry between powers in the South Caucasus. While Russia remains a crucial player in Armenia, the latter has initiated an apparent rapprochement with the European Union. In July 2021, the President of the European Council, Charles Michel, announced a five-year mixed (public/private) investment plan worth around 2.6 billion euros. More ambitious than the Russian project, it will allow for local infrastructure development, support for SMEs, and development of the innovation and renewable energy sectors. Since 2009, Armenia has been a member of the EU's Eastern Partnership (OP) (along with five other ex-Soviet countries) which aims to strengthen ties with the EU's neighboring states in various areas and support their economic development. Armenia’s membership in the EAEU necessarily limits the scope of its engagement with the EU: it hinders, for example, the conclusion of more inclusive agreements such as the Association Agreements (AAs) or the Comprehensive and Deep Free Trade Agreements (CFTAs) signed by the EU with Ukraine, Georgia, and Moldova. But it did not prevent Yerevan from signing a Comprehensive and Enhanced Partnership Agreement with the EU in 2017, which, while respecting the clauses set by Moscow, led to an increase in trade with the EU of 19% in 2018(2).

Armenia also finds support from its neighbors, Iran and Georgia, whose borders are open. Yerevan and Tehran, in particular, are constantly moving closer together by developing joint projects. In 2007, for example, a 140 km long gas pipeline was inaugurated between Iran and Armenia to reduce Yerevan's dependence on Russian gas. However, the scope of this diversification initiative has been minimized because the distribution networks have all been transferred to the Armenian subsidiary of the Russian company Gazprom. More globally, Iran's share in Armenia's trade is increasing: in 2020, Iran became the 3rd largest supplier country for Armenia, just after Russia and China. Other infrastructure projects with Iran are currently under discussions, such as constructing a railroad and an oil pipeline between Tavriz (Iran) and Yeraskh (Armenia). Finally, Tehran, which had shown its neutrality during the war between Armenia and Azerbaijan in the autumn of 2020, has since revised its position, arguing that Azerbaijan has links with Israel, Iran's number one enemy.

Georgia, another country bordering Armenia, arouses Armenia's suspicions because it cooperates with Turkey and Azerbaijan. However, Tbilisi retains its place as a stable partner with which several agreements link Yerevan. Georgia is a commercial outlet for Armenia, it also provides it with almost 90% of its Internet network, but above all, it remains an important way of opening up.

The security card: a decisive advantage for Russia

Armenia believes it needs military power to guarantee its security on its territory, along its borders, and among the Armenian population of Nagorno-Karabakh. In November 2021, deadly clashes between Armenian and Azerbaijani soldiers in the Syunik marz led Russia to impose a new ceasefire. At the same time, V. Putin organized a trilateral meeting in Sochi on November 26, bringing together the Armenian Prime Minister and the Azerbaijani President: the peaceful settlement of border incidents and the restoration of communications via transport corridors were discussed. This episode confirmed Russia's monopoly in the peace negotiations. The Minsk Group, which has been supervised since 1992 by the OSCE and is supposed to find a permanent solution to the conflict, is de facto excluded.

The 44-day war (September 27-November 10, 2020) was indeed a turning point in the region, with the silence of the major Western powers leaving the field open to the Russian and Turkish Authorities. This episode convinced the Armenian population and leaders that the country’s fate had never been a priority for the West. This is what Russian expert Dmitri Trenin points out: “Those who thought that Armenia's future was linked to the West cooled down after the war in Nagorno-Karabakh.” Similarly, Russia, through its patronage, has shown that it has the means to help Armenia strengthen itself, but it “will never go to battle for it.”(3) 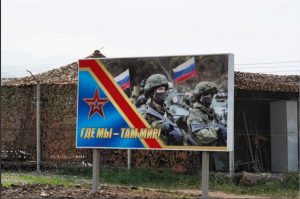 However, Armenia relies on its military partnership with Russia to ensure security on its borders. Its participation in the Collective Security Treaty Organization (CSTO) is an additional guarantee of protection. Article 4 of the treaty states that aggression against one of its members is considered an attack against all states bound by the treaty. If a collective defense strategy can then be envisaged, it should be stressed that Armenia could not benefit from any mutual defense clause during the 44-day war, as Nagorno-Karabakh was not recognized as belonging to Armenian territory. On the other hand, Yerevan did not hesitate to send 100 soldiers to Kazakhstan on 7 January 2022, under Article 4. Armenia holds the rotating presidency of the CSTO Security Council. The gesture was widely criticized in Armenia itself.

Armenia’s vulnerability has increased as a result of the war in the fall of 2020. Since 1995, the military base in Gyumri, which houses 4,000 troops, has been built as a Russian stronghold in the region. Now Russia also provides peacekeeping operations on the borders and in Nagorno-Karabakh, an initiative supported by Armenian Prime Minister Nikol Pashinian, who envisages its extension beyond 2025. Last July, he even requested reinforcements along the common border with Azerbaijan.

Armenia's destiny, therefore, seems destined to remain tied to Russian power for a long time to come, subject to the resolution of the security issue. However, the economic growth and the multidirectional diplomatic activity developed by Yerevan suggest that Armenia is seeking to balance its foreign relations(4).

In this regard, it is worth mentioning the unexpected appearance of a new actor on the Armenian scene: Turkey, a historical enemy of Armenia and a traditional ally of Azerbaijan, has been expressing its desire to establish a dialogue with Yerevan for several months. Each party has its interests: for Armenia, the objectives lie in recognizing the Armenian genocide and opening the border. For Turkey, it is the implementation of communication routes at stake, especially the corridors linking it to the Azerbaijani enclave of Nakhchivan, located in the southwest of Armenia, and opening up access to the Caspian.

(3) Interview with Dimitri Trenin, Director of the Carnegie International Center/Moscow, “Тrenin: Rossiâ pomojet Armenii oukrepitsia, no voevat za neio ne boudet” (Trenin: Russia will help Armenia to strengthen itself but will not fight for it), Civilnet, October 29, 2021.

Thumbnail: “Where we are, there is peace!”, Stepanakert airport (Nagorno-Karabakh). Photo by Astrig Agopian.

* Marie LORGEOUX is a Russian-speaking student in Master 2 International Relations at INALCO.