As a producer of electricity from oil shale, Estonia has been able to contain its dependence on Russian energy supplies. But oil shale is now frowned upon: subject to pollution rights in the European Union; it is proving less and less profitable. So much so that Estonia is considering a 180° turn in its energy policy. 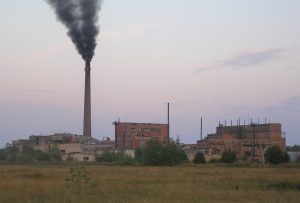 In early June 2019, the state-owned company Eesti Energia announced a wave of layoffs, at least temporary, affecting 1,300 employees by the end of the summer and coming on top of the first stage of 400 layoffs carried out in April: several units producing electricity from oil shale have stopped their activity, unable to cope with the dumping prices charged by Russia and Belarus, which have destabilized the North Pool market(1). Shortly after this abrupt announcement, a crisis meeting was held in the Riigikogu (Parliament) with representatives of the three parties in the government coalition(2): several solutions were considered, ranging from turning the targeted units into strategic reserves (to maintain the workforce) to using these facilities to exploit biomass, to abandoning electricity production in favor of oil production (on the assumption that its added value is higher) for an indefinite period. At the same time, Minister of Public Administration Jaak Aab (Center Party) said he was considering creating activities in other industries and suggested the coexistence of oil shale and renewable energy production units. Minister of Social Affairs Tanek Kiik (Centre Party) is reportedly considering an appeal to the European Globalisation Adjustment Fund (EGF).

Estonia is believed to be the world’s largest producer of oil shale, which is used to produce oil and, more importantly, nearly 90% of the country’s electricity. The deposits are located in the county of Eastern Viru (Ida-Virumaa), in the east of the country, and near the border with Russia. The town of Kohtla-Järve is known for its mining activity and Narva for its power plants.

Because of this oil shale, Estonia has a poor environmental record in the EU. In particular, fine particle emission rates are far higher than the standards allowed by the Union. Some of the ash emitted is stored in dedicated areas near the power plants and contaminates the water table. In addition, the exploitation of this resource is a significant consumer of resources, particularly water.

Although everyone in Estonia has long been aware of the environmental problem of oil shale production, no one has decided to abandon it because of the anxiety about energy dependence on Russia. Instead, solutions were sought to reduce the environmental impact of this activity by modernizing the installations or by considering the option of cogeneration. Until recently, this activity directly employed nearly 7,000 people or a little more than 1% of the country’s workforce. And that this population is overwhelmingly Russian-speaking (more than 70% of the county’s population).

The end of oil shale?

Understandably, the issue of “exiting” from oil shale is posed in social and political terms as much as - if not more than - environmental ones. Therefore, Eesti Energia’s announcement was a bombshell, prompting Prime Minister Jüri Ratas (Centre Party) to announce the mobilization of the entire government to find a solution. For the time being, announcements made by the authorities have consisted of assurances that the state will ensure that no one is suddenly made unemployed, without social security coverage, and without a future.

For both the head of government and the President of the Republic, Kersti Kaljulaid, the time for oil shale is over, and the transition to other forms of production, including biomass, must now begin. The timing is rarely suitable for abrupt changes, but the announcement of a plan to revitalize Ida-Virumaa(3) comes a little late. The county has long been the least developed region in the country, and if the oil shale is taken away, many fear the emergence of acute social problems that could take on an “ethnic” character that Tallinn could do without.

Finance Minister Martin Helme (EKRE) visited Eastern Viru on June 11, meeting with miners and engineers, and representatives of Eesti Energia. His message differed somewhat from that of J. Ratas: the government will not let Estonia become unable to supply its energy, even if the coincidence of several elements, some of which could have been anticipated but others not, makes the situation difficult. Mr. Helme emphasized the unsustainable rise in the price of pollution rights: “At some point, someone somewhere decided that CO2 should be measured and taxed. Let’s ask ourselves today how these taxes have reduced greenhouse gas emissions. We find that the United States, which did not sign up for the Kyoto and Paris agreements, has reduced its CO2 emissions, while Europe, which is the star of climate policy, has increased its footprint. Not to mention other countries, India, China and Russia” (4). Not surprisingly, this prominent representative of the Eurosceptic party EKRE (before entering government, EKRE did not exclude the option of a referendum on Estonia’s membership in the EU): Brussels would be responsible for the Estonian impasse by putting its electricity production in competition with that of a non-EU country and, as such, less constrained. Mr. Helme’s judgment is clear: Estonia is sinning through hypocrisy and lying to itself, while the European climate policy is a blatant failure in terms of objectives.

On a less controversial note, one of the board of directors of Eesti Energia, Raine Pajo, also pointed out the drastic increase in pollution rights, which recently rose to €25 per ton of CO2, costs to which Russian companies are not subject. The Audit Chamber of the Parliament is astonished by the government’s willingness to spend €1 billion on opening a new oil shale power plant. Janar Holm, director of the Audit Chamber, even pointed out that the EU’s ambitious climate policy was not a surprise: increased pollution rights were expected. These rights will likely increase to €250 per ton of CO2 by 2050.

Renewable energies and nuclear power as a solution?

Helme does not see Estonia’s future in renewable energies (RE): for him, wind power is not stable enough and only serves to “put on a show” (5). Estonia has set a target of 17.6% of its electricity consumption coming from renewable sources by 2020. Eesti Energia has a subsidiary specializing in renewable energy, Enefit Green, which owns wind farms(6). But RE could not replace oil shale, at least shortly.

More surprisingly, however, Mr. Helme mentioned the possibility of considering a switch to nuclear power. Against all expectations, Estonian experts seem to support this idea as a medium- or long-term solution, as no other energy source appears sufficient to ensure the country’s electrical autonomy. The Minister of Finance also believes that the trauma of the Chernobyl (1986) and Fukushima (2011) disasters can be easily overcome by relying on modern technologies. In this case, the project envisaged would be a 4th generation molten salt reactor (Integrated Molted Salt Reactor) such as the one promoted by the Canadian start-up Terrestrial Energy in its final certification phase. Another Canadian company, Moltex Energy, is proposing this type of reactor, but the proposal of a 3rd generation reactor by General Electric Hitachi could also be studied(7). The Minister of Economy and Infrastructure, Taavi Aas (Centre Party), supports the launch of a nuclear debate. He is even considering a location for a power plant in the Kunda region (about 100 km east of Tallinn).

Hypothetically, the nuclear objective should not be reached in Estonia before the early 2030s. However, it is now that thousands of people are at risk of becoming unemployed and that a social crisis and energy and environmental crisis are to be feared. Estonia is well aware that the difficulty lies in articulating immediate measures to avoid a social explosion and a lack of electricity and medium and long-term measures to ensure an actual energy transition. This issue poses a real challenge to the Estonian authorities. And although Tallinn was able to argue about organizational matters within the government on June 21, 2019, at the European Council in Sibiu, it has not escaped anyone’s attention that Estonia, like three Central European countries, has refused to commit to the goal of carbon neutrality by 2050.

(1) This giant exchange trades more than 80% of the electricity consumption of the Nordic-Baltic energy market. It operates between Estonia, Latvia, Lithuania, Finland, Sweden, Denmark, Germany, Norway, and Great Britain.

(2) The government coalition in place since April 2019 brings together the Centre Party (center-left, reputedly pro-Russian speakers), Isamaa (nationalist), and EKRE (far-right) in equal numbers. Its heterogeneous composition often makes the policies of this team challenging to understand.

(3) This plan, which the Ministry of Public Administration is developing, is expected to have a budget of 14.7 million euros by 2023. It includes the creation of industrial parks in the region and is accompanied by the definition of specific social and employment policies.